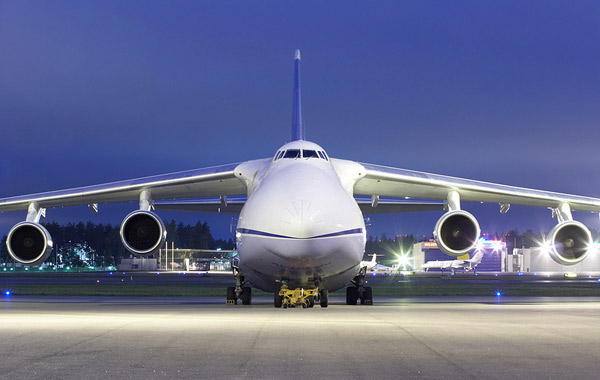 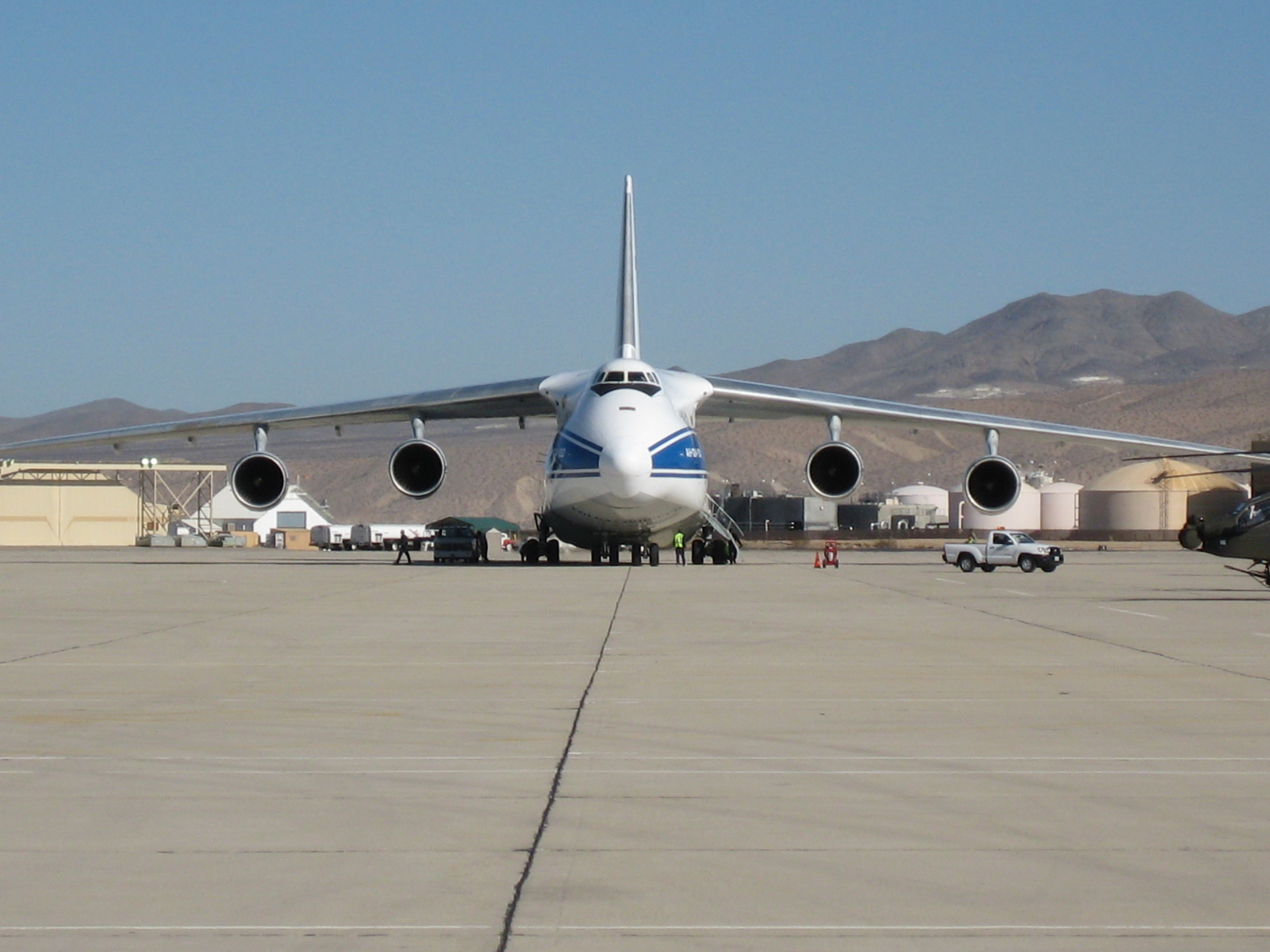 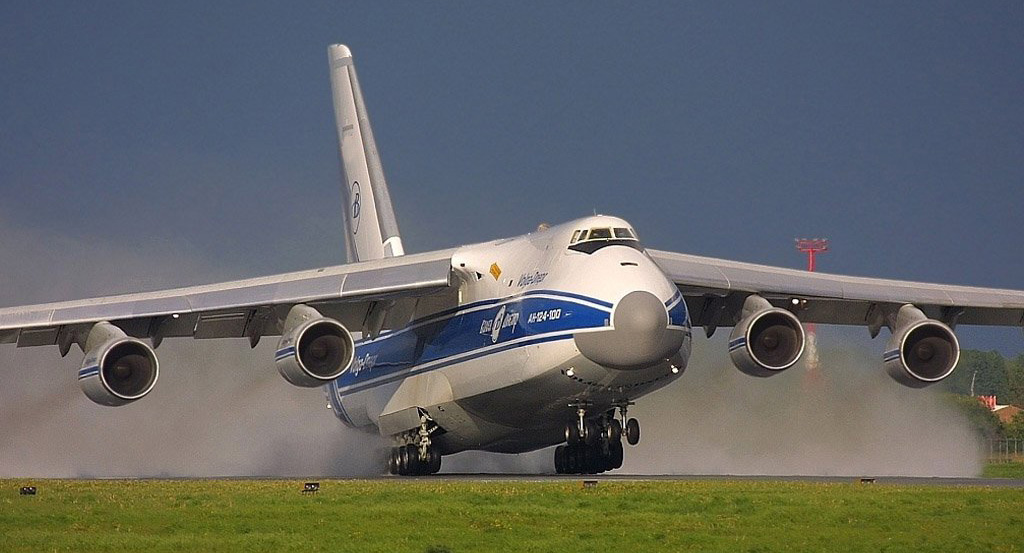 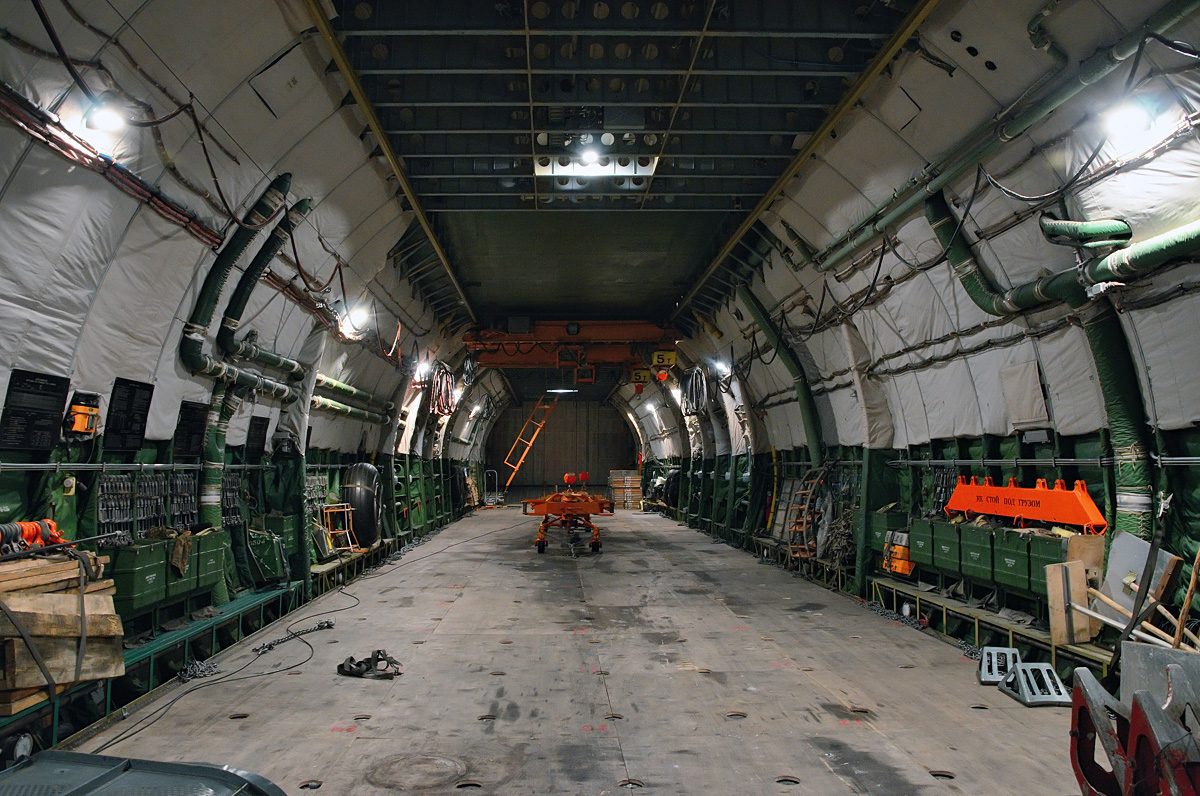 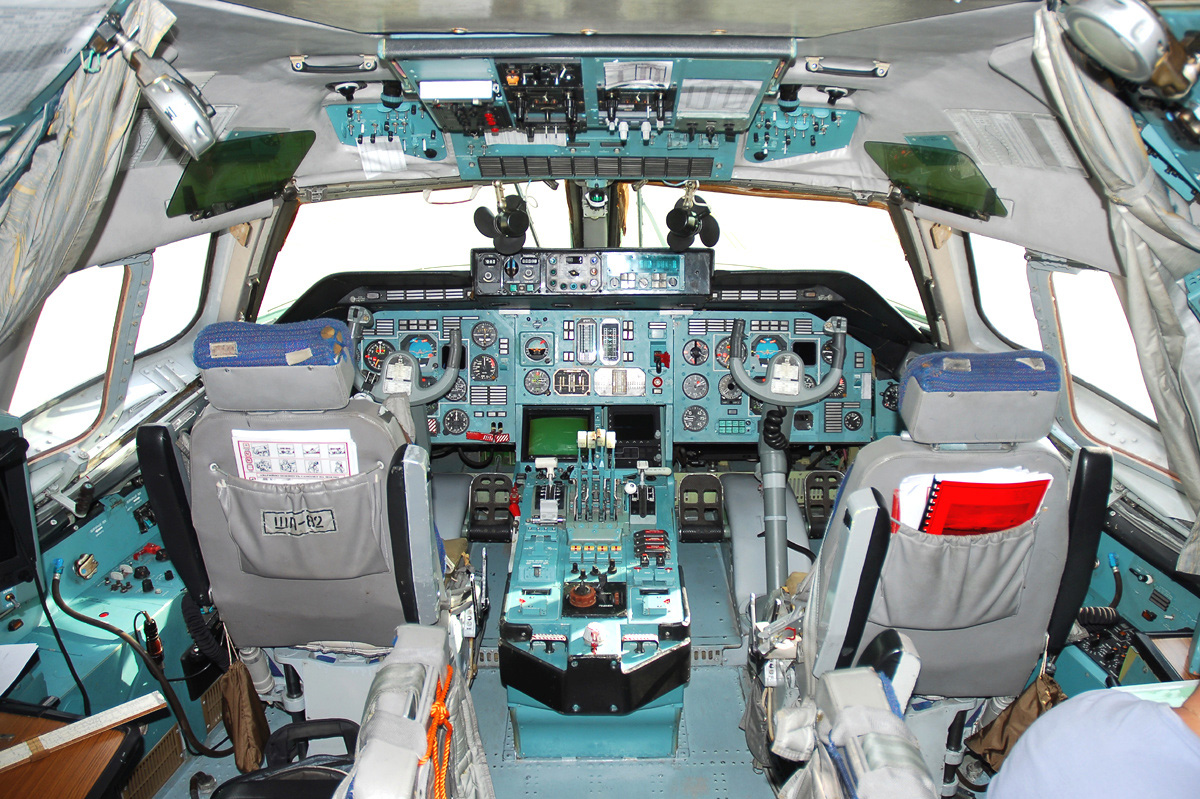 The Antonov An-124 Ruslan is a strategic airlift jet aircraft. It was designed by the Antonov design bureau in the Ukrainian SSR, then part of the Soviet Union (USSR). Until the Boeing 747-8F, the An-124 was, for thirty years, the world’s highest aircraft gross weight production cargo airplane and second heaviest operating cargo aircraft, behind the one-off Antonov An-225 (a greatly enlarged design based on the An-124). The An-124 remains the largest military transport aircraft in the world.

Externally, the An-124 is similar to the American Lockheed C-5 Galaxy, having a double fuselage to allow for a rear cargo door (on the lower fuselage) that can open in flight without affecting structural integrity. It is slightly shorter, with a slightly greater wingspan, and a 25% larger payload. Instead of the Galaxy’s T-tail, the An-124 uses a conventional empennage, similar in design to that of the Boeing 747.

The aircraft uses Oleo strut suspension for its 24 wheels. The suspension has been calibrated to allow landing on rough terrain. and is able to kneel to allow easier front loading. The plane has an onboard overhead crane capable of lifting up to 30 tonnes of cargo, and items up to 120 tonnes can be winched on board.

Pilots have stated that the An-124 is light on the controls and easy to handle for an aircraft of its size.

Some airports require pavement protection from the heat and blast effects of the An-124’s auxiliary power unit.